Oasis Tickets went on Sale yesterday for their Summer 2009 Outdoor Concert Tour in the UK. Oasis are expected to be playing the Benicassim Festival in July but you can get tickets to see Oasis at wembley stadium now as part of their UK Tour.

The Benicassim Festival takes place on the weekend of 16-19 July 2009 in Spain. The Oasis Summer Tour starts in the UK on 6th June 2009 with a home town gig in Heaton Park Manchester and ends on 12th July 2009 at Wembley Stadium. Oasis are also playing a full european tour 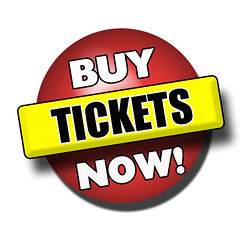 Both Oasis concerts at Manchester’s Heaton Park in June have sold out this morning in under two hours and due to the phenomenal demand the band have announced a third night’s performance in one of Europe’s biggest municipal parks. Oasis will now also be playing Heaton Park, Manchester on Thursday the 4th June, 2009 once again with very special guests Kasabian and The Enemy.

Tickets for all other stadium shows are selling fast and fans are urged to book quickly to avoid disappointment.

OASIS will undertake their biggest ever tour of open air venues in the UK and Ireland next summer. It includes two dates at the iconic new Wembley Stadium as well as the promised homecoming shows over two nights in Manchester’s Heaton Park. The tour will also see the band’s first ever visit to Sunderland’s Stadium of Light.

Oasis will be joined on all the UK dates by special guests Kasabian and The Enemy.

These will be the band’s first shows at the new Wembley Stadium, having filmed their acclaimed live DVD ‘Familiar to Millions’ at the old venue in 2000. The Manchester dates at Heaton Park coincide with the centenary of the first music event in the park, when a gramophone recording of the Italian opera singer Enrico Caruso attracted 40,000 to the beautiful Manchester City Council owned family park. More recently in 1991, Electronic, The Buzzcocks and Happy Mondays (amongst others) played a two day concert to honour the legendary Factory Records produce Martin Hannett who had died earlier that year. Although this is the first headline appearance at the legendary Slane Castle, Oasis did perform there in 1995 as guests of REM.

The band are presently on a sold out tour of the UK, (which includes two nights at Wembley Arena) which saw all 180,000 tickets sell out as quickly as phone lines and internet sites could process applications.

This website uses cookies to improve your experience while you navigate through the website. Out of these cookies, the cookies that are categorized as necessary are stored on your browser as they are essential for the working of basic functionalities of the website. We also use third-party cookies that help us analyze and understand how you use this website. These cookies will be stored in your browser only with your consent. You also have the option to opt-out of these cookies. But opting out of some of these cookies may have an effect on your browsing experience.
Necessary Always Enabled
Necessary cookies are absolutely essential for the website to function properly. This category only includes cookies that ensures basic functionalities and security features of the website. These cookies do not store any personal information.
Non-necessary
Any cookies that may not be particularly necessary for the website to function and is used specifically to collect user personal data via analytics, ads, other embedded contents are termed as non-necessary cookies. It is mandatory to procure user consent prior to running these cookies on your website.
SAVE & ACCEPT